Friday morning.  I’m lounging around at the Department of Foreign Affairs & Trade’s new InnovationXChange, trying to look cool and network a bit but feeling a more freaked out than a freakshake.  I casually chat with one of the presenters, trying not to gawk at her Google Watch or say anything too dumb.  It’s a Google Innovation workshop and I don’t know what to expect.  Would they be trying to sell us on Google product?  Am I going to be made to come up with weird new ideas? 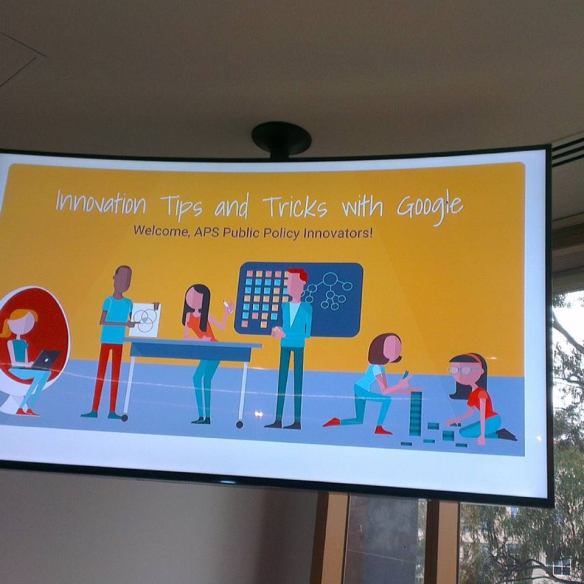 My eyes are drawn to the plates of mini cupcakes in Google colours.  Pretty.  And the Lindt chocolate in bowls in between.  Also the multi-coloured Google pens placed on each table on top of butchers paper, post-it notes and stickers.  Was I being bribed by sweet things as a lead-in to something scary and intellectually intimidating?  Would I be put on the spot and embarrassed? 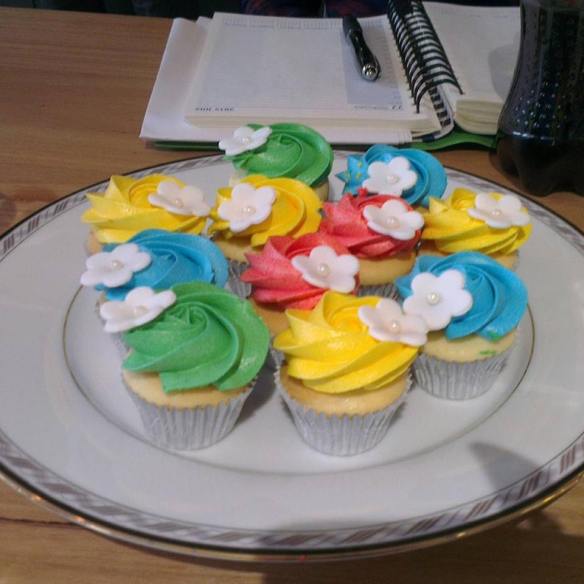 The time to start arrived, and our presenter asked us to sit down on tables and into groups. I looked around and identified one (friendly) person I knew.  The two hour workshop went quickly.  There was a lot covered in that time, it was intense, and yet time just flew.  At times I felt slightly uncomfortable as I was being pushed subtly out of my comfort zone, encouraged to think big, to articulate it, to draw!, and then go back into my organisation and implement that.  Yet there was also a buzz, a sense of possibility and positive momentum. I decided I like this innovation stuff.

So what are the lessons and activities that stood out for me?

At the end of the workshop, I came away feeling like anything was possible.  “This might actually just work,” said one of my group members as she rolled up her piece of butcher’s paper that mapped out an ambitious and fun solution to a problem that had confounded her team.

Then I headed back to the office, clutching an offering of some remaining Google cupcakes for my colleagues.  I stopped by to chat with someone about a proposal I am working on.  “I’m just playing devil’s advocate,” she said to me while pointing out all the problems and why I would be unlikely to get support.  I smiled inwardly and mentally said “yes, and”.

This error message is only visible to WordPress admins